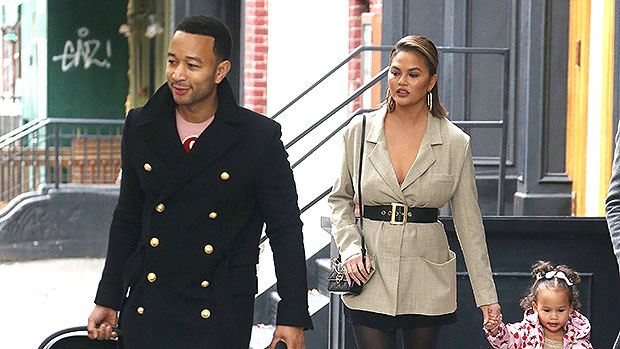 Chrissy Teigen took to Instagram to share the cutest video of her two-year-old son Miles doing an impersonation of his ‘Uncle Bumper’ with a baseball cap on sideways and big sunglasses.

Chrissy Teigen, 35, joked that her son Miles, 2, has a sense of humor unlike her husband John Legend, 42, in a new Instagram post. The proud mom shared a hilarious video of the tot doing an impersonation of a relative with a white baseball cap and sunglasses and praised his “genes” in the caption. “my guy is becoming funny despite john genes thank god,” she wrote alongside the clip.

The video shows little Miles putting on the sunglasses, which look oversized on him, and the hat on sideways. “Wrong way,” he adorably says while putting on his gear before laughing hysterically. The look was reminiscent of John when he wears his own sunglasses but it turns out the mini-me wasn’t trying to impersonate his dad.

“Are you Daddy or Uncle Bumper?” Chrissy asks him. “Uncle Bumper,” he assures her before laughing again, causing her to laugh too. 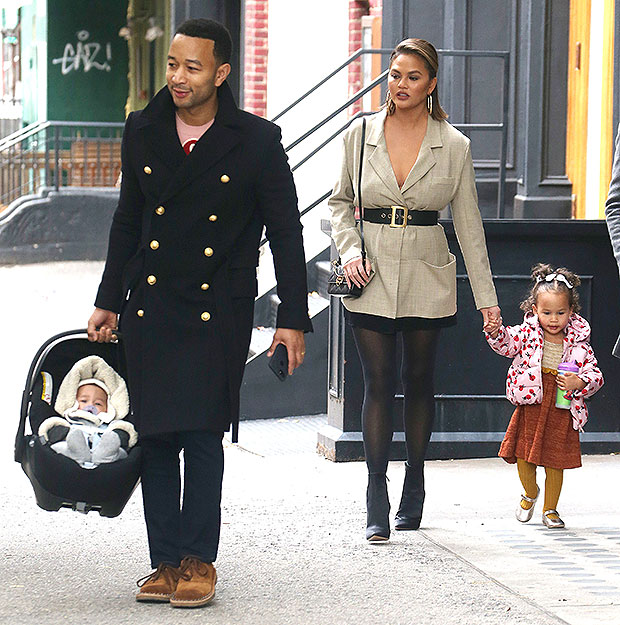 John Legend and Chrissy Teigen during a family outing. (SplashNews)

The video brought on a lot of comments from followers who seemed to love the cute moment. “This is as amazing as his jammies 😍👏🏻,” one follower wrote, referring to the sushi pajamas Miles had on in the clip. “Ooooou I love how he looks exactly like both of you at the same exact time,” a second follower pointed out while a third called him a “mini John.” A third wrote, “He’s so Handsome 😩 why are they growing up so fast 😩😍😍😍😍” and a fourth said that “He doesn’t even know how cool he is.”

Chrissy’s latest video of Miles comes a few weeks after she shared a personal post about how she still has “a bump” two months after her devastating miscarriage. The post included a mirror selfie in which she was showing off her body in a gray cut-out dress. “This is me and my body, just yesterday. Even though I’m no longer pregnant, every glance in the mirror reminds me of what could have been,” she wrote in the caption.

“And I have no idea why i still have this bump, honestly. It’s frustrating,” she continued. “But I’m proud of where this entire journey took my body and mind in other ways. I love being pregnant, so so much, and I’m sad I never will be again. But I am lucky to have two amazing little ones who are transforming into big little people more and more every single day. Anyhoo. Love u guys. Xx.”