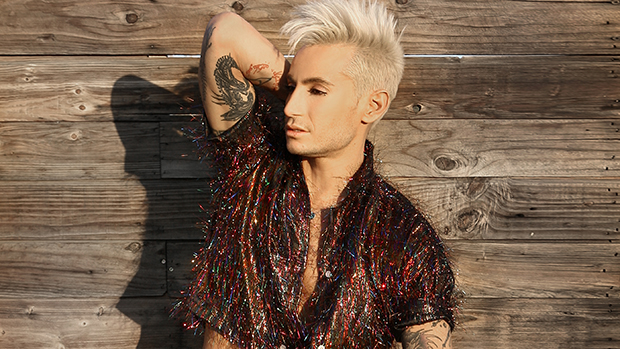 Frankie Grande talked about his Nickelodeon pal JoJo Siwa, 18, after her big announcement in this EXCLUSIVE interview!

Frankie Grande, 38, has been living his life loud and proud as an openly gay man for years — and he couldn’t have been happier for Nickelodeon pal JoJo Siwa, 18, when she came out. “I think it was wonderful,” Frankie told HollywoodLife EXCLUSIVELY during an episode of TVTalk on Instagram Live on May 31 to kickoff Gay Pride month. “I immediately texted her like, ‘Oh my God, I’m so, so proud of you’,” he added. Frankie has been an gay rights activist for years through his annual Rainbowthon, which raises money for the Los Angeles LGBT Center.

The YouTube and kids’ television star came out as gay in January 2021 via social media. Known for her big personality, colorful wardrobe and sparkly bows, the Dance Moms alum announced she was dating Kylie Prew, 18, shortly after. Then in April, she announced she identified herself as pansexual, meaning she is sexually attracted to all genders.

Being a child star himself, the brother to pop star Ariana Grande feels JoJo’s coming out is important for our youth to see. “I think it’s so important like you mentioned us on Nickelodeon, for us to identify, be out and proud LGBTQ members,” Frankie added. “On a children’s network is such an honor and it’s such a great responsibility to be able to be ourselves and also to inspire the youth like, ‘Hey, its cool.’ Live your truth. Live your authentic self and the world will support you in that. It was a really amazing thing. I was so proud of her,” he gushed.

During such a pivotal time in our country, Frankie is especially happy to use his voice for good as the LGBTQ community celebrates Pride Month in June. “Pride means to me living your authentic truth and being able to be yourself no matter what the societal constraints,” Frankie said. “That you feel like there are around you that you get to live your authentic truth, no matter what, that living in an area no matter who I am does not put me in danger.”

And while he knows our country has come such a long way since he came out over a decade ago, he knows there’s still a lot to be done. “I know there are some places on this planet where homosexuality is illegal,” Frankie added. “Homosexuality is punished by death. These are crazy things. let’s try to get some policy changes enacted, OK? Let’s get some LGBTQ plus people in the top of leadership. Let’s get some people in the top of government so that LGBTQ people are represented and are rights are not taken away not only in this country but in other countries throughout the world. Let’s go to work people. We have a lot of work left to do. This is not over,” he urged.