Isaac Dunbar Touches Upon ‘The Good & The Bad’ Of Romance In New Song ‘Love, Or Lack Thereof’

Rising music sensation Isaac Dunbar just kicked off the next chapter of his career by announcing his new EP and dropping ‘love, or lack thereof.’ He tells HL EXCLUSIVELY how ‘the negative aspects of love’ inspired his new song.

For every day, there is a night. For every light, there is a shadow. For every joyful moment of romantic bliss, there are some not-so-great moments that come with being in love. This duality is deftly captured on “love, or lack thereof,” the new song from your new favorite singer, Isaac Dunbar. The teenage artists, who will soon be filling up the playlists from all the people whose tastes you respect, announced the next phase in his rise to the top of the music world on Nov. 20. Along with his new song, the Barnstable, Massachusetts native shared that he will release his third EP, evil twin, in February 2021.

“I named the ep evil twin because all the songs have such a different feeling to my previous work,” Isaac tells HollywoodLife. Though he just turned 17, Isaac has already built himself a buzz with his sharp songwriting and enchanting voice. The chemistry is visible in the haunting visual accompanying “love, or lack thereof.” There’s beauty in the visual’s simplicity, one that sees Isaac balance between euphoria and misery while sitting precariously on a diving board. It’s a brilliant metaphor, one emblematic of the music found on his prior release – isaac’s insects – and what fans can expect when evil twin drops in a few months.

Isaac shared some info about “love, or lack thereof” with HollywoodLife, the nature behind his new EP’s title, and what “evil” aspect he wishes he had more of.

HollywoodLife: “love, or the lack thereof” seemingly applies the concept of ‘negative space’ to romance. What inspired this take on the subject? And is there a particular line you’re proud of on the song?

Isaac: I would say what inspired me to write about the negative aspects of love would be hearing all these gushy-gushy love songs on the radio, like the top 40 hits. I don’t know, I got really sick of hearing about all good stuff ‘baby I want you so bad’ like, ‘I love you, baby.” [laughs]. In that song, I do talk about the positive aspects, but I feel like it would be really important for someone to touch upon the good and bad, and I believe I’ve did that pretty well

And I’m very proud of the lyric “if I’m all yours, then take me back.” It’s such a simple lyric, but when you hear the song, you can really feel what I’m saying, I would say 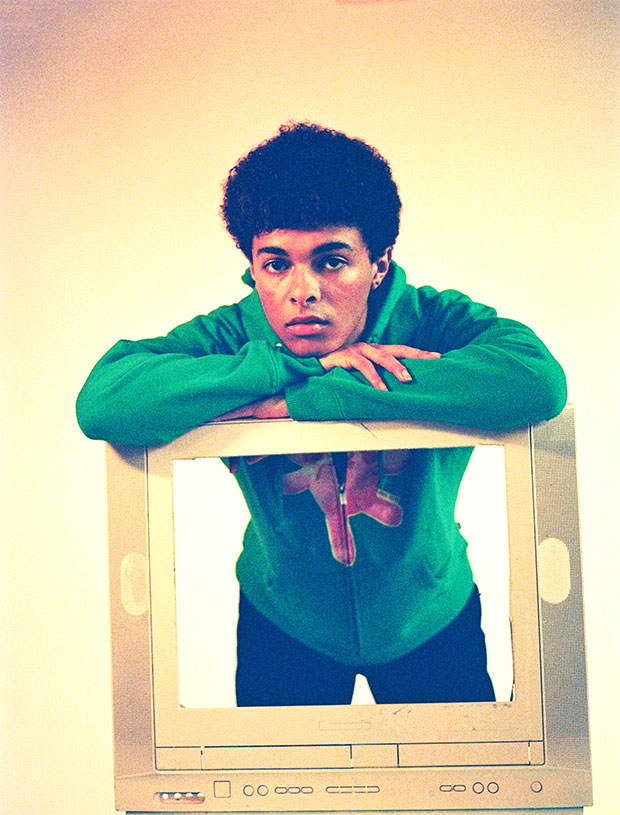 Isaac Dunbar, coming to you in high-def (Harshvardhan Shah)

Your next ep is titled Evil Twin. Why did you christen it that?

I named the ep Evil Twin because all the songs have such a different feeling to my previous work, and in that, I mean, I feel like I’ve unlocked a different part of myself. I’m growing up, of course, as everyone is. I’m 17, and I dropped my last EP when I was 16, and I have such a newfound level of confidence. And, when I say evil for “evil twin,” I don’t mean it in a negative way, l feel like — you know –how someone would say “Bad” like “oh that’s so bad” like “that beat is so bad” sometimes I mean it in a good way like oh that’s so hard like  “Evil Twin.”

Is there an “evil” quality that you wish you had? For instance, people who are called “ambitious” are often those who work hard at achieving a singular goal. Like, if you had an evil twin, is there one aspect that would make you say, ‘Damn, I wish I was more like that?

I have a newfound confidence that I didn’t have previously, and I am so proud of this record, and I feel like that translates more than ever!

“love, or lack thereof” is out now.