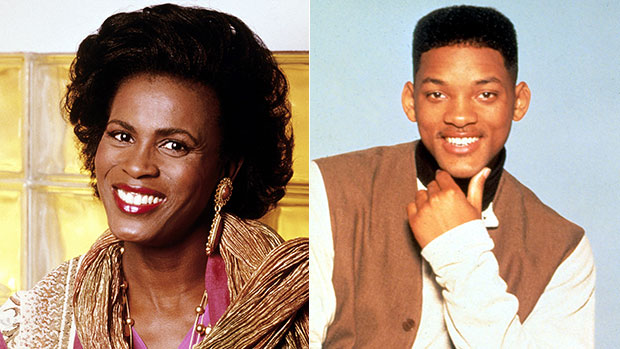 After a 30-year feud, Janet Hubert — AKA, the first ‘Aunt Viv’ — told Will Smith how he ‘took’ away ‘everything’ from her during the ‘The Fresh Prince of Bel-Air’ reunion.

After 27 years of not speaking and blasting one another in old interviews, Janet Hubert and Will Smith finally came face-to-face in The Fresh Prince of Bel-Air reunion special that aired on HBO Max on Nov. 18. Janet, who is now 64 years old, didn’t sugarcoat how her sour relationship with Will cost her “everything” after she was replaced with a different actress, Daphne Maxwell Reid, to play the iconic role of “Aunt Viv” in Season 4 of The Fresh Prince of Bel-Air until the show wrapped in 1996. 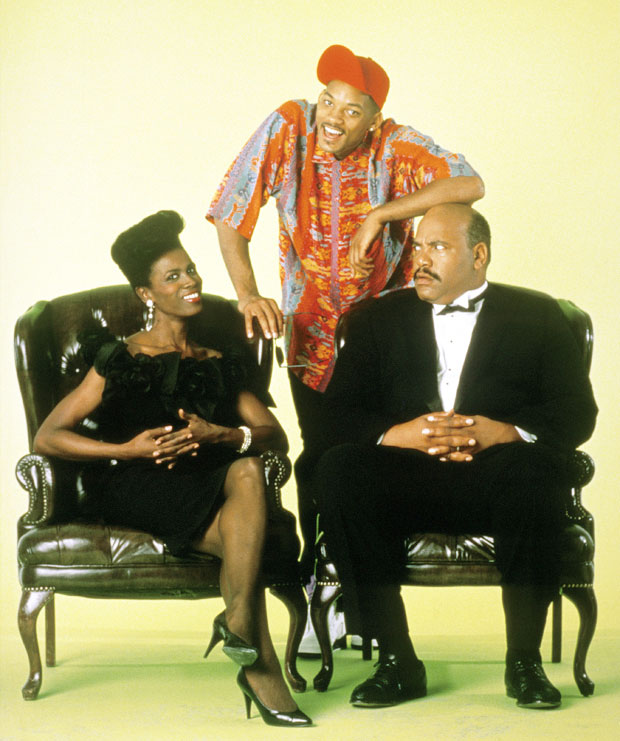 A throwback photo of Will Smith with Janet Hubert and James Avery, who sadly passed away in 2013. (Photo Credit: Everett Collection)

Before Janet and Will’s one-on-one chat, though, they both filmed private confessionals. Janet gave more insight into her 30-year feud with Will (who played her nephew on The Fresh Prince of Bel-Air) and revealed what she believes caused their rift. “During that third season, when I got pregnant, there was a lot of things going on in my life and Will’s life as well. There was some friction because I was pregnant,” Janet explained.

“Home life was not good at all. I was no longer laughing, smiling, joking because there were things going on nobody knew about,” she continued. “The cast had no idea what was going on.” Janet also clarified that she was “never fired” and was instead offered a “really bad deal” that she chose not to accept, which would require the actress to film for just two months and two weeks while not being allowed to work anywhere else.

“That meant my salary was cut, I had a new baby and a husband who was out of work. I said no,” Janet explained, although she was “hurt deeply” when the show decided to recast her role instead. In Will’s own confessional, the Gemini Man star admitted he “wasn’t sensitive” to her personal issues and would do things “very differently,” adding, “I can see why I made the set very difficult for Janet.” Then, it was time: Will finally sat down for his highly-anticipated chat with his original Aunt Viv, who explained how she “lost everything” because of their feud.

“When I left the show, I had this new baby and no one. Family disowned me, Hollywood disowned me, my family said you’ve ruined our name and I wasn’t unprofessional on the set. I just stopped talking to everybody because I didn’t know who to trust, I had been banished. They said it was you who banished me. Because you were Will, you were a kid. It was hard,” Janet confessed to Will.

Janet also told Will that he “didn’t realize” that she was “going through a lot at home” at the time, and even revealed she was in a “very abusive marriage.” At the time, Will — who was just on the verge of his 22nd birthday when their show premiered — couldn’t relate as much, but now that he’s gone through his own marriage troubles and has three kids, the actor said he could “see now the level of pain and the level of struggle that it was for you just to show up every day.”

With that said, Janet was ready to tell Will what she had been feeling all these years: “You took all of that away from me, with your words. Words can kill. I lost everything. Reputation, everything, everything. I understand you were able to move forward, but you know those words, calling a Black woman difficult in Hollywood is the kiss of death. It’s hard enough when you a dark-skinned Black woman in this business.”
However, the confrontation was therapeutic for Janet, who said it was necessary for them “to finally move forward” and even apologized for “blast[ing]” Will “to pieces” in past interviews. It was Will’s turn to react, and he said, “First of all, thank you for sharing that with me. I didn’t know what. When I look back now, it’s obvious you were having a hard time and I felt like you hated me. I could not do a 30-year celebration of this show and not celebrate you. Celebrate your contribution to this show and celebrate your contribution to my life.”
With their feud buried, Janet was ready to reunite with the rest of the cast the next day — however, it wasn’t exactly a reunion for one of the people she faced. After all these years, Janet met the actress who replaced her as Aunt Viv — Daphne — for the very first time! The two women hugged, which DJ Jazzy Jeff (who played Will’s best friend on The Fresh Prince of Bel-Air) described as “chilling” and a “dream come true.” The two Aunt Vivs even teamed up for a TikTok starring Will, which you can watch at the top of this article! 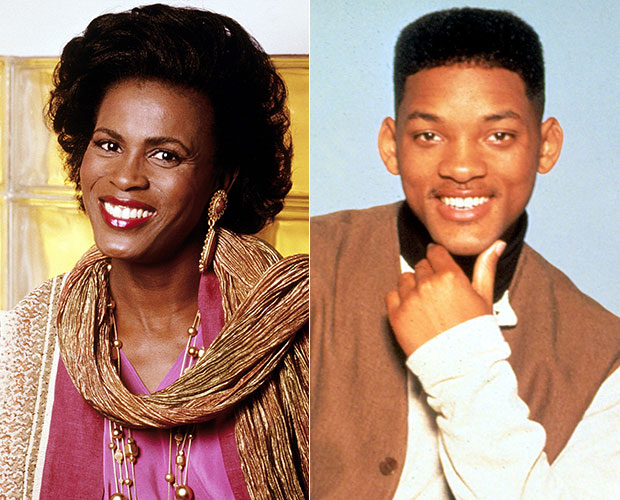 Indeed, it was surreal to see Janet and her former co-stars (and replacement) make peace with one another. Janet made it very clear, on numerous occasions in the past, that she would never reunite with her old co-stars. She had also claimed Will and Alfonso Ribeiro, who played her son Carlton Banks on the show, had “destroyed a 20-year-career with untruths” to BVonBooks.com (now a part of Huffington Post’s “Black Voices” vertical) in 2009, per Mic. And in 1993, Will infamously said on an Atlanta radio station, “I can say straight up that Janet Hubert wanted the show to be The Aunt Viv of Bel-Air Show because I know she is going to dog me in the press.” It looks like Will and Janet will no longer be saying such things about one another!