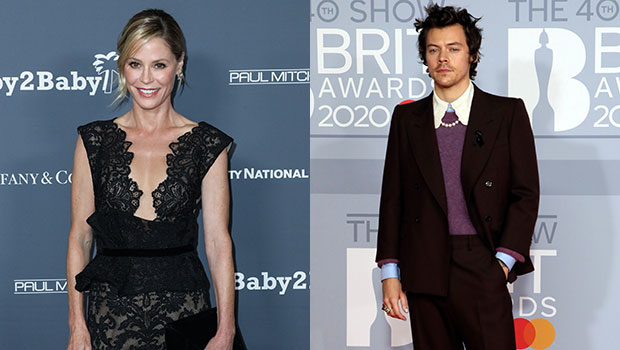 Julie Bowen is craving some ‘Watermelon Sugar’ from Harry Styles as she said she’d break her own dating rules from him.

Julie Bowen, 51 is shooting her shot with Harry Styles, 27! The Modern Family actress told her former co-star Adam DeVine that she is “very single” while he was guest-hosting on The Ellen DeGeneres Show. In fact, her dog Gertrude was supposedly her “retirement gift” from “dating.” “I did go on some dates, and this guy was always like, ‘You have to come to my house ’cause I had a dog,’” she explained. “And I was like, ‘I’m getting a dog. That’s the trick, man.’ Now, it’s on my terms. I’m like, ‘You can come. I have a dog. You gotta leave.’ The dog is my gatekeeper.” 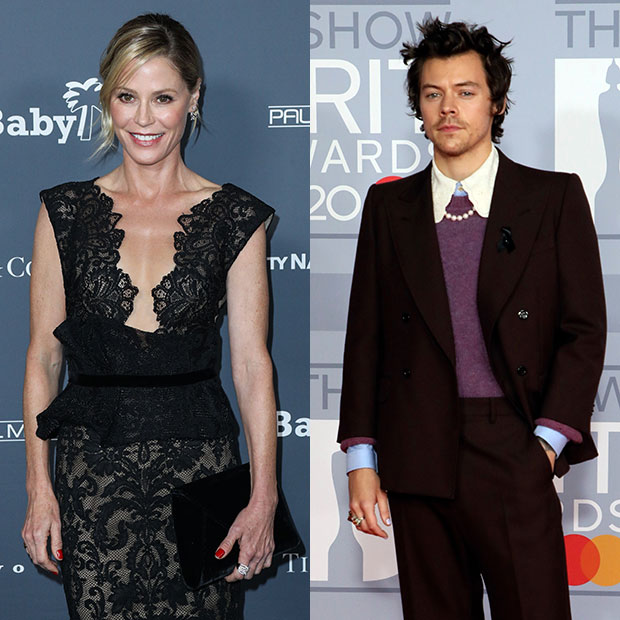 Adam challenged her stance against dating by bringing up that he knew she had “a little bit of a crush.” The actress fully came clean, responding, “You’re asking me if I’d come out of [dating] retirement for Harry Styles? Oh, hell yeah. Him? Look at him!” Despite the 24-year age difference, the Happy Gilmore actress isn’t afraid to thirst on the former One Direction band member.

“He’s got that same energy that Twitch does where they’re so gorgeous and sexy, but there’s so much joy that you don’t feel dirty about what’s happening in your pants,” she said of the singer. “He’s just bringing the joy and the light and the Watermelon Sugar. You just feel good about the whole experience.” You can watch the hilarious conversation play out below.

Unfortunately for the comedic actress, the “Adore You” singer is currently dating Olivia Wilde, 27. They were first romantically linked in January 2021, months after her split from Jason Sudeikis. They have been together for around a year now and are reportedly very happy together. The one upside for Julie is that the House actress is ten years his senior so he has a thing for older women.

Harry and Olivia recently split their time between their two families who live across the pond from each other during the holidays, a source told HollywoodLife EXCLUSIVELY. The “Watermelon Sugar” singer’s mother has reportedly taken quite a liking to the actress and Olivia’s parents are both fans of Harry. The source divulged that Harry’s mother likes that he found himself an “older woman” to have a “serious relationship” with.