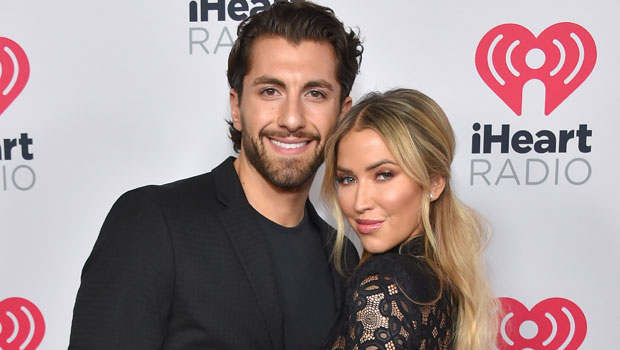 ‘The Bachelorette’ co-host has been open about her battle with anxiety and she’s EXCLUSIVELY sharing how her BF Jason Tartick helps her struggles.

Katilyn Bristowe, 35, has been open about her battle with anxiety attacks and her mental health struggles. It’s no surprise she’s thankful to have her boyfriend and fellow Bachelor Nation alum Jason Tartick, 32, to help her through the tough times. “It’s so interesting because Jason is in tune with himself,” the DWTS mirrorball champ told HollywoodLife EXCLUSIVELY during an episode of TVTalk on Instagram Live on April 30. “And he really wants to help.”

After striking out twice trying to find her husband through The Bachelor franchise, Kaitlyn finally found her knight in shining armor off screen. Jason, who appeared on 31-year-old Becca Kurfin‘s season, was a guest on Kaitlyn’s Off the Vine podcast in 2018. Kaitlyn had just broken up with her choice on her season of the show, Shawn Booth, 33, and Jason had just been announced runner-up and the timing was right. The two now reside in Nashville together and are going strong in their new home with several dogs to keep them company.

The couple understand one another so well that Jason knows just what to do when Kaitlyn’s anxiety sets in. “We’ve learned over the years that he’s an empath so when I have anxiety, it almost gives him anxiety,” Kaitlyn explained. “So he really has to step back and be there for me rather than taking it on from me because I’m an empath myself so I really understand that struggle. He’s so good because I’m able to communicate before it happens. Sometimes I just have got to put my feet up. I like to have something cold when I have those really bad anxiety attacks because sometimes for me it’s triggering when people are like, ‘Are you OK? What can I do?’ He knows now, so he just supports me in any way. We have really good communication in our relationship and I think he just knows what I need.”

The reality star has found several different ways to figure out her triggers and cope over the years, including therapy and medication, which she’s been open about her unfortunate addiction to. “I think it’s important to feel your feelings even if that is depression and anxiety,” Kaitlyn added. “I think triggers for me are based around fears, but mostly, for me unfortunately, it’s really hormonal for me so usually around that time of month — it’s almost clockwork for me at this point that I know what’s going to happen. Sometimes I will manage it by going and doing a workout and getting my endorphins and sometimes I’ll manage it by having a glass of wine and sometimes I’ll manage it by laying in bed and not feeling guilty about it and that’s where it really helps to listen to your body and be in tune with your body and not pressuring yourself or having any shame around it.”

Another important person in her life who has helped her through her darkest of days is good friend and celebrity health coach, Erin Treloar, and The Raw Beauty Company. Kaitlyn is so passionate about talking about mental health and uplifting women that she’s teaming up with Erin for the 12 week Raw Beauty Reset. “I remember wanting to work with Raw Beauty before I went on The Bachelor and when I came off The Bachelorette, I was so excited to have a platform, to share a space with people that you could feel empowered,” Kaitlyn explained. “There’s body positivity. They’re celebrating women of all different shapes, color and sizes. I’ve believed what Erin has been doing for so many years and I was finally able to have this platform to share it. Were going to do zooms, were going to dance, we’re going to talk about important things, we’re going to share our stories. I know from my experience, working with her is really, really life changing.”