Though the weather has gotten a bit cold, it’s still “Hot Girl Summer” somewhere — or should we say “Hot Girl Fall”? Megan Thee Stallion has just shared the Good News, her debut studio album, along with a new music video for one of the tracks — “Body” — featuring just about all the “Hot Girls” of the industry. This included Empire actress Taraji P. Henson, 50, whom fans went wild over as she strut down the music video set’s runway in a fire red wig and leather bodysuit. 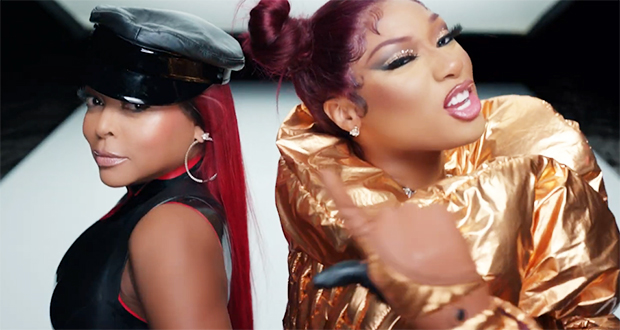 Asian Da Brat also makes a sexy cameo, including Jordyn Woods, 23, and Blac Chyna, 32! Interestingly, both women also had falling outs with the Kardashian family. Jordyn began hanging out with Megan after Kylie Jenner’s ex-best friend’s scandal with Tristan Thompson — however, Megan also filmed herself hanging out in the pool with Kylie on the very same night she accused Tory Lanez of shooting her in July, a separate scandal that has its own diss track on Megan’s new album. 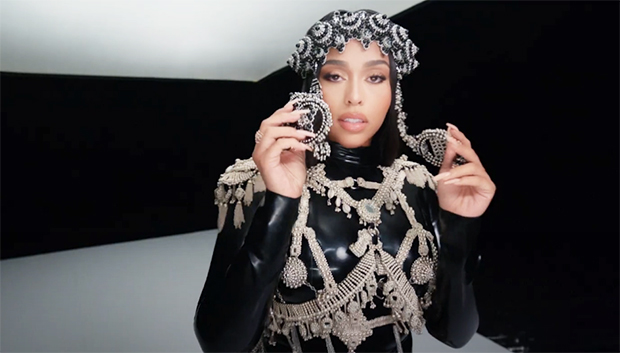 Like the title suggests, “Body” is a celebration of the “body” itself. Megan raps in her new song, “The category is body, look at the way it’s sittin’ / That ratio so out of control, that waist, that a–, them titties.” It’s also fitting that she just dropped an inclusive clothing collection for Fashion Nova on Nov. 18, featuring a wide range in sizes.

omfg I just realized that in megs new music video she legit brought in jordyn woods AND blac chyna 💀 the shade thrown at kylie my lord pic.twitter.com/FC2hVszBR7

It has been a busy year for Hot Girl Meg. In March, after having a judge grant her a temporary restraining order against 1501 Certified, Meg released her EP Suga. That same month, her song “Savage” went viral on TikTok, thanks to Keara Wilson’s choreography. Everyone – like everyone – was doing the #SavageChallenge, from Jessica Alba to Janet Jackson. The song got so big, Beyoncé – yes, that Beyoncé – jumped on the remix, which made the song hit the No. 1 spot on the Billboard Hot 100. That wouldn’t be the only No. 1 Meg would score this year, as she returned to the top of the chart with Cardi B and “WAP.” In October, she released “Don’t Stop,” delivered a memorable appearance on Saturday Night Live, and was named Hip Hop Artists of the Year at the BET Hip Hop Awards. She also released “Girls In The Hood,” “Don’t Stop,” and “Freak.”

Her New York Times Op-Ed, “Why I Speak Up For Black Women,” was published months after a shooting involving fellow rapper Tory Lanez. Tory allegedly shot at Megan’s feet after an argument, wounding her. After not naming him as her assailant, Megan finally came out and accused him of shooting her. She was met with “insults, jokes, and memes,” according to GQ, which prompted her to tweet, “Black women are so unprotected & we hold so many things in to protect the feelings of others w/o considering our own. It might be funny to y’all on the internet and just another messy topic for you to talk about, but this is my real life, and I’m real life hurt and traumatized.” 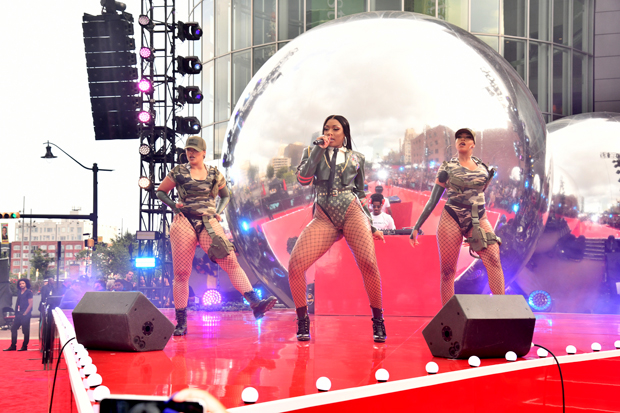 Tory was ultimately charged with one felony count of assault with a semiautomatic firearm and one count of carrying a loaded, unregistered firearm in a vehicle. He faces up to 22 years in prison, but pleaded not guilty to the shooting on Nov. 18, according to TMZ. Meanwhile, Megan is living her best life and dropping her debut studio album.

With Megan releasing the Good News, what does she expect for the future? “I want Black women to be louder,” she told GQ, who named her their Rapper of the Year. “I want us to be sassier. I want us to demand more, be more outspoken, keep speaking, and just keep demanding what you deserve. Don’t change—just get better. Grow from these situations. Don’t be beating yourself up about these situations, because that’d be a lot of problems too. I feel we keep this stuff in, and there’s some kind of way we flip it on ourselves. We didn’t fuck up—We didn’t do something wrong, and it’s like, ‘No, girl, relax. You just needed somebody to come stir the Kool-Aid.’ ”