According to polls by Elabe and Ipsos, Macron’s “Together!” leads in the second round of parliamentary elections, but does not receive an absolute majority of seats in the National Assembly. The second is the left Nupes block 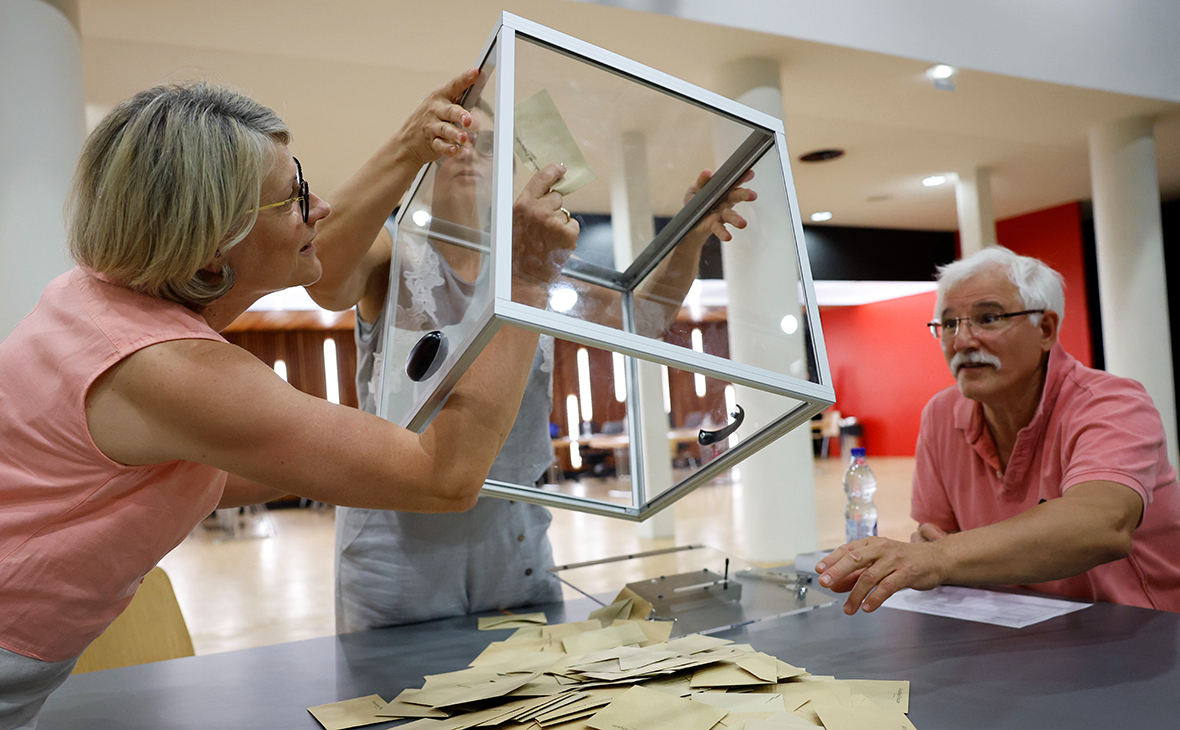 French President Emmanuel Macron's coalition will not be able to win an absolute majority in the National Assembly in the second round of parliamentary elections, BFM TV reports, citing a poll by the Elabe Institute.

The Together! coalition, which includes the Renaissance parties; Macron, the centrist Democratic Movement and centre-right Horizons and “Act”, receives from 205 to 235 seats. To ensure an absolute majority, 289 mandates must be achieved. The lower house of the French Parliament has 577 seats.

Ifop, OpinionWay and Ipsos forecast, “Together!” secured 200-260 seats, and the left-wing New People's Ecological and Social Union (Nupes) by Jean-Luc Mélenchon— 149–200, according to Reuters. Elabe estimates that Nupes will receive between 170 and 190 seats.

In third place, according to Elabe, the “National Association” Marine Le Pen (from 75 to 95 mandates). Then come the “Republicans”, who, together with the “Union of Democrats and Independents” (UDI) received from 60 to 75 seats in the lower house of parliament.

Read on RBC Pro Pro Why the Ukrainian crisis will increase inflation and poverty in Europe Articles Pro Africa's economy promises strong growth. How can an investor make money on this Pro Articles Banks in Russia are urgently changing their software due to sanctions. What awaits the financial market Forecasts Pro How to make a deal in the conditions of sanctions and not cause problems Instructions Pro x The Economist You “eat” money: what awaits leaders in the era of stagflation Articles Pro Jack Dorsey-style biohacking: why a billionaire eats once a day Articles Pro Why toxic executives are the most successful and what to do about it and Nupes won about 25.7% of the vote, Macron's coalition gained a slight lead. “National Association” led by Le Pen enlisted the support of 18.7% of voters.