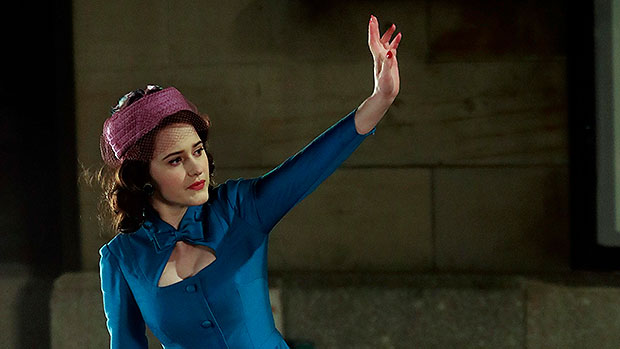 The Marvelous Mrs. Maisel is set to return for a highly-anticipated fourth season, and Rachel Brosnahan has been spotted showing off some of her character’s signature style. The 30-year-old actress was spotted on set in New York City dressed as her character Midge Maisel. New photos show Rachel filming a nighttime scene on May 1, which involved her hailing a taxi from a Manhattan sidewalk. 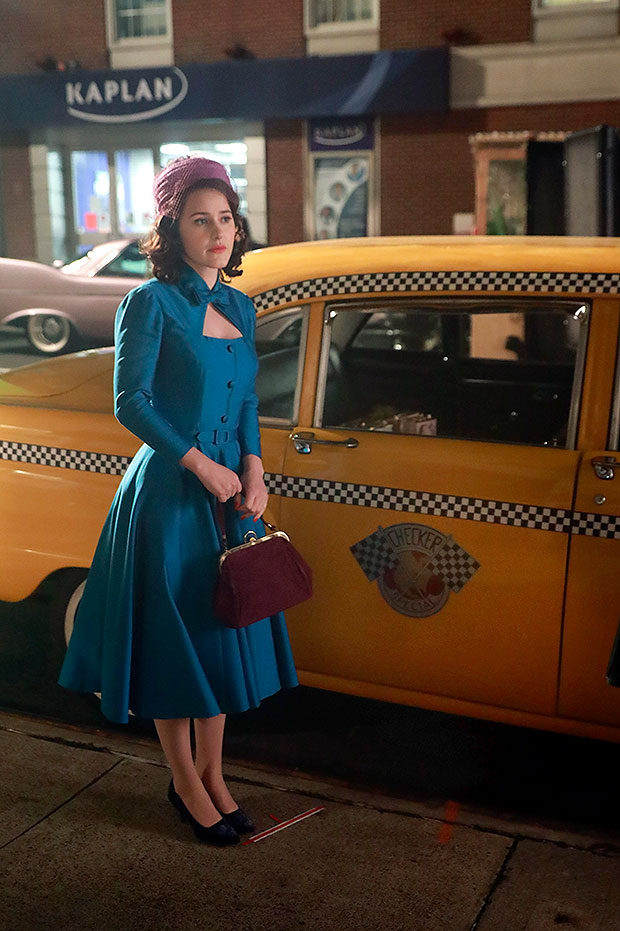 Her co-star Alex Borstein, 50, was also seen on set, alongside a glowing Rachel. She wore a bright blue dress which featured a flowing skirt design that fell down to her knees, and a belt at her waist. The garment also had buttons along her midsection and a triangle cutout above her chest. Her dark tresses where styled in tight curls, reminiscent of the 1950s when the show was set. Finally, she completed the outfit with a pink, pillbox hat, a maroon velvet handbag, and blue heels.

Although New York City is the backdrop of the show, she was seen filming in front of a green screen, in order for a more accurate cityscape to be placed behind her in post-production. Like many Hollywood films and TV shows, filming was delayed due to the COVID-19 pandemic. However, season 4 of the hit Amazon Prime show finally got underway in January 2021. The show had Amazon’s “most-watched opening weekend ever” with the launch of season 3 in Dec. 2019, so it seems a lot of people are waiting on the edge of their seats for the new season. 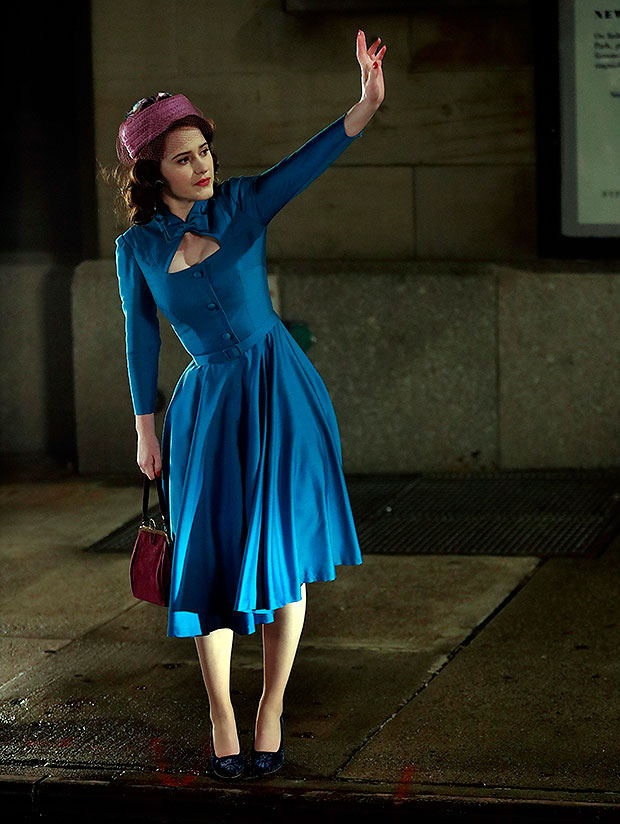 “We were supposed to go back in June, and obviously it wasn’t safe to do that then,” star Rachel Brosnahan said on SiriusXM’s The Jess Cagle Show in Dec. 2020. “I just actually came from a wig and shoe and hat fitting. Literally just 20 minutes ago, walked in the door.” She added, “So, we are in the process of getting ready to go back hopefully safely in January, and are really, really excited. The hats are insane. The hats are out of control. We may have lost our minds with the hats this season.”