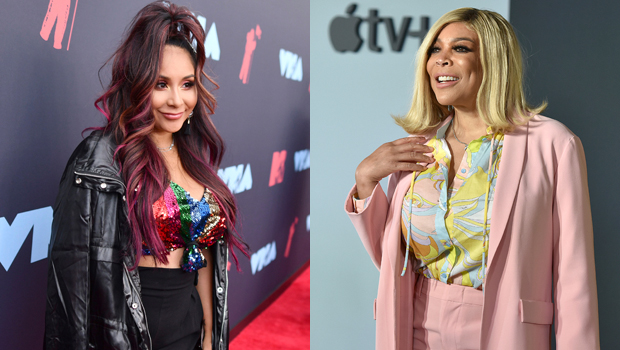 Snooki is laughing along with the internet, which had a field day over Wendy Williams’ hairstyle during her talk show on Jan. 5. Wendy rocked a massive poof and got a reaction out of Snooki!

Although Nicole “Snooki” Polizzi retired her signature “poof” (the 2009 hairdo’ that helped skyrocket her to fame in MTV’s Jersey Shore) fans continue to copy the famous hairstyle — even Wendy Williams! The talk show host, who returned to TV on Monday after a holiday break, hit the stage with a voluminous poof in her hair. And just like that, the internet went wild. 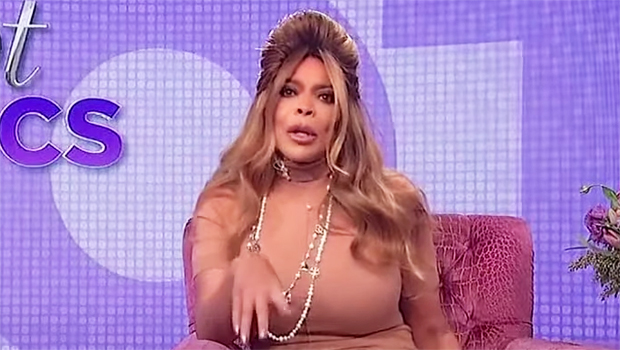 Twitter users set the social media platform on fire with witty one liners that compared Wendy’s do’ to Snooki’s Jersey Shore look. Not even two hours after The Wendy Show aired on the east coast (where Snooki resides in New Jersey), the reality star noticed the chatter online.

“Wendy’s out here trying to look like Snooki today,” one Twitter user wrote, tagging Snooki and Wendy their the tweet. The Jersey Shore alum, who announced her departure from the show in 2019, simply replied with: “LOL”.

Meanwhile, Wendy, who’s known for her outspoken comments and reactions, has not addressed the buzz. While many critics found Wendy’s hair to be “out there” and “wild,” during the Jan. 5 episode, fans who watch her show know that she loves bold hairstyles. Additionally, she films nearly every live show in a different style wig. 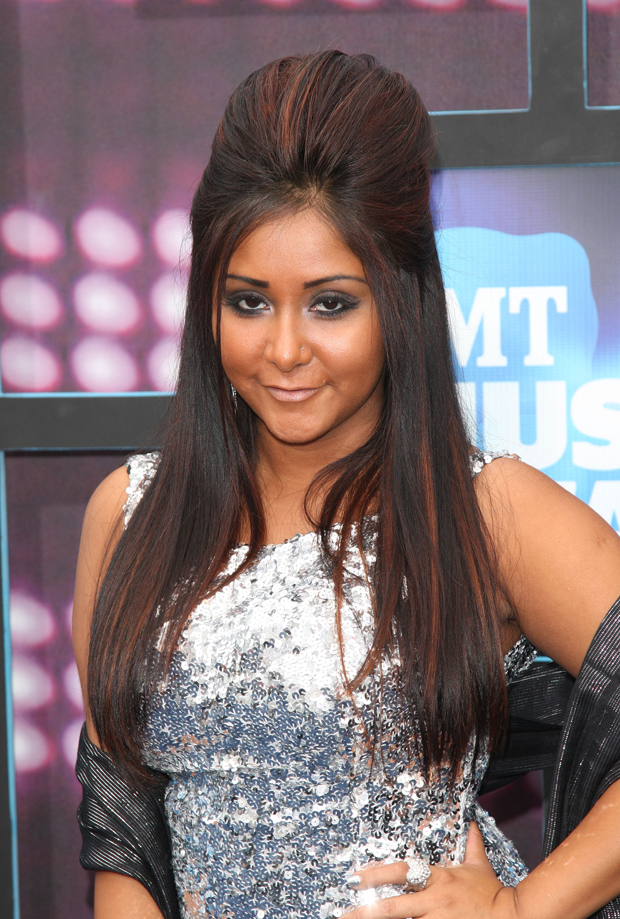 The host brought back the poof nearly one year after Snooki did the same on Twitter in April 2019. She had Jersey Shore fans riled up when she participated in the viral “Flip the Switch” challenge set to Drake‘s “Nonstop” song on TikTok. The challenge requires social media users to create light-hearted videos, which include dancing, swapping clothes and acting silly — hence, Drake’s famous lyric, “I just flipped the switch.”

In her video, Snooki showed her normal, everyday look (she was dressed in tank top with her hair in a half-up, half-down ponytail) — before she transformed into her Jersey Shore look (which included her signature poof, plump lips and oversized sunglasses).

Snooki’s trademark hairstyle on ‘Jersey Shore’ made its grand return for the ‘Flip The Switch’ TikTok challenge.

Nicole “Snooki” Polizzi, 32, just “flipped a switch” from 2020 to 2009. The MTV star brought back her signature look on Jersey Shore — of course, we’re talking about the hair poof — in a TikTok that she posted on April 28! Snooki tackled the viral challenge that sprouted from Quavo and Drake’s “Flip The Switch” song, which usually involves someone switching outfits (hence the challenge’s name) after flicking a light switch.

Snooki put her own unique twist on the TikTok challenge. She started off with “2020 Nicole,” which encompassed a half-up, half-down hairdo and fresh face. After flipping the switch, boom: she was back to “2009 Snooki,” rocking a big hair poof, wielding a can of hair spray and sporting an extra big pout! “THE POOF,” Snooki wrote on Twitter, where she shared her masterpiece of a TikTok.

This challenge has become a favorite among celebrities brave enough to make the jump towards TikTok. The Bachelorette’s Hannah Brown and Tyler Cameron shared yoga pants in their own “Flip The Switch” video, and lovers Jennifer Lopez and Alex Rodriguez literally swapped outfits for their hilarious take on the challenge!

The mega poof wasn’t the only thing that caught our eye in Snooki’s hilarious TikTok. We also must point out how in-shape she looked! Luckily, the reality television star spilled her quarantine fitness secrets in an EXCLUSIVE interview with HollywoodLife in March. “I love doing plyometrics to get my heart pumping and build a sweat!,” Snooki revealed to us, and she went on to break down her step-by-step workout that you too can follow.

Seeing Snooki’s hair poof make its comeback now has us reminiscing on the good ol’ Jersey Shore days, which aired on MTV between 2009-2012. While Snooki reminded fans of her 10-year transformation in the video above, you can check out even more of her castmates’ transformations in HollywoodLife’s gallery, here!

[Intro]
People looked at me differently and they knew I was with somebody. I didn’t have to wait in the line at bakery on Sunday mornings anymore for fresh bread. The owner knew who I was with and he’d come from around the counter. No matter how many people were waiting, I was taken care of first. Our neighbors didn’t park in our driveway anymore, even though we didn’t have a car. I mean at 13, I was making more money than most of the grownups in the neighborhood. I mean I had more money than I could spend. I had it all!

[Verse]
Look at my situation, I couldn’t ask for more
I’m the real Situation, I should be on Jersey Shore
Look what that kilo sent me
That Porsche is key less entry
That girl is high and drunk, I swear the rest is elementary
We found a superfreak, no, she won’t know what hit her
I’m on my Rick James, minus the beads and glitter
You’ve got to beg my pardon, this shit here is money talking
You don’t get good dick too often, I’mma have you funny walking
See that shit I pull up parking, make your neck snap the fuck off and
Damn, too late you lost it, back to that world you lost in
Back to that world you lost in