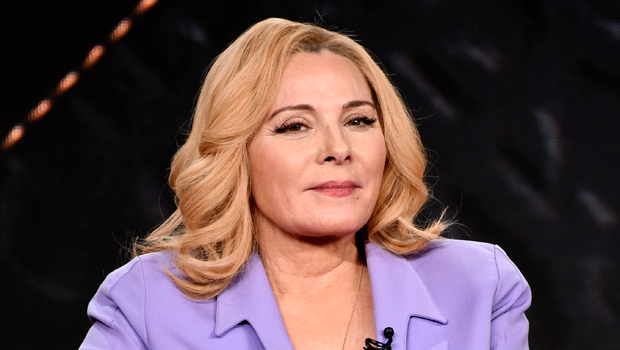 After the news that Samantha won’t be part of the new ‘Sex and the City’ revival, Kim Cattrall (who played the sultry blonde) liked this tweet applauding the actress for ‘doing what’s best for you’ by not returning.

And just like that, the plot thickens. Although she’s remained silent about the newly announced Sex and The City revival,  Kim Cattrall “liked” the following fan tweet on January 11: “I absolutely love Sex and the City and whilst I am saddened that Samantha will not return, I applaud doing what is best for you and think this is great example of putting yourself first. Well done @KimCattrall.” The Twitter user ended up receiving a slew of similar replies that favored the actress.

I absolutely love Sex and the City and whilst I am saddened that Samantha will not return, I applaud doing what is best for you and think this is great example of putting yourself first. Well done @KimCattrall 💖💖💖

Kim’s character, Samantha Jones — for which she won a Golden Globe Award in 2002 — will not be part of the SATC revival, titled And Just Like That. On January 10, the show’s lead Sarah Jessica Parker (who played Carrie Bradshaw) confirmed the revival when she shared an official teaser on Instagram. After she released the trailer (which was famously narrated by her columnist character) SJP directly responded to fans about Kim’s involvement in various comments.

When one fan pointed out that SJP failed to tag Kim in her revival announcement, another fan wrote that Sarah and Kim “dislike” each other — in reference to SJP and Kim’s longtime feud. Sarah replied, “No. I don’t dislike her. I’ve never said that. Never would. Samantha isn’t part of this story. But she will always be part of us. No matter where we are or what we do.”

In another comment, a fan admitted that she’ll “miss Kim/Samantha” in the upcoming revival, to which Sarah agreed and wrote, “We will too. We loved her so.” Additionally, when one fan proposed that Samantha should be re-cast with actress Jennifer Coolidge, Sarah simply responded with: “We have some new stories to tell. We are excited.”

The coming HBO Max revival, which will consist of 10 episodes and start shooting in late spring, will include the return of Cynthia Nixon, 54, and Kristin Davis, 55, who will reprise their roles as Miranda Hobbes and Charlotte York, respectively.

And just like that … our favorite New Yorkers are back! Three of the original ‘Sex & The City’ stars confirmed they will return for the HBO Max revival, while Kim Cattrall seemingly won’t be involved.

A Sex & The City revival is officially happening! The show’s original stars Sarah Jessica Parker, Cynthia Nixon, and Kristin Davis confirmed that their iconic characters will return to our screens for a ten-episode limited series at HBO Max, with filming scheduled to begin in the Spring of 2021. Titled And Just Like That…, the show will follow Carrie Bradshaw, Miranda Hobbes, and Charlotte York as they navigate the complicated reality of life and friendship in their 50s. Kim Cattrall, who did not post about the revival on her social media accounts, will not return to play Samantha Jones.

“I couldn’t hep but wonder… where are they now?,” SJP captioned her Instagram clip announcing the revival. “2021 LOOKING UP,” Andy Cohen wrote, while one fan commented, “Shut up!!!!!! Omg the heavens have parted if this means what I think!!!” The original series ran for six seasons with 94 episodes airing between 1998 and 2004. It was followed by two feature films in 2008 and 2010. Although there were initially plans for a third installment, Kim Catrall’s longstanding tension with Sarah Jessica Parker was part of the reason she did not want to return.

‘Sex & The City’ is set to return to our screens. Image: Everett Collection

Reports of a SATC reboot first surfaced in late 2020, however many fans expressed their disappointment that the iconic Samantha Jones would not be returning. “Kim Cattrall playing Samantha is the only reason to watch [Sex & The City],” one fan shared on Twitter. “There is no Sex and the City without [Kim Cattrall]. Don’t get it twisted,” another fan said on the social media platform.

Kim later appeared on the December 22 episode of Women’s Prize for Fiction podcast, where she reiterated why she never intended to return for a third film after Sex & The City 2. “I remember getting a lot of grief on social media for not wanting to do a film. It was astonishing some of the things people wrote to me — ‘I work in a bank and I don’t like this person and I don’t like the hours, but I do it. So you just do it!’” Kim revealed. “Give me what I want. I do it. I’m miserable, you be miserable too.”