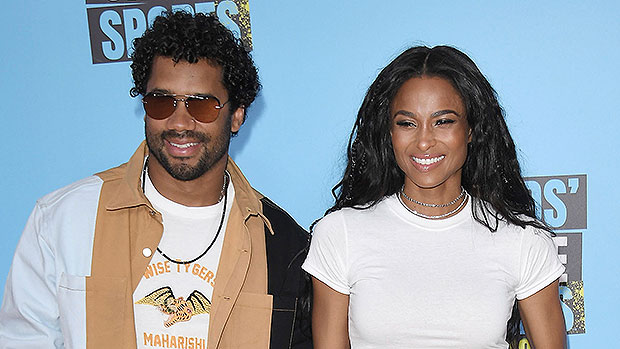 Russell Wilson’s family was cheering him on as his team, the Seattle Seahawks, took on the Los Angeles Rams in the playoffs on Jan. 9!

Ciara, 35, is the most supportive wife ever! The singer and her three kids Future Zahir, 6, Sienna, 3, and baby Win, 5 months, all matched in Seattle Seahawks jackets as they cheered on dad Russell Wilson, 32. “We’re so proud of you @DangeRussWilson! Wish we could be at the stadium cheering you on today!” the Goodies singer captioned the post, shared on Saturday, Jan. 9. “Go Baby! Go Daddy! #GoHawks #3 #Playoffs @Seahawks,” she added.

6-year-old Future Zahir — CiCi’s son with rapper Future, 47 — looked so grown up as he rocked a pair of aviator sunglasses while perched on the staircase next to baby brother Win! The 5-month-old looked ready for nap time as he sat on his mom’s lap, while Sienna leaned in close and flashed the camera a big smile. Ciara — still rocking her pink hair from the holidays — looked so proud as she sat in the middle, sharing more candid snaps from outside their home. All of the green-and-blue Varsity jackets also sported a big “W” for, of course, Wilson.

Unfortunately for Russell and his teammates, the Seahawks lost to the Los Angeles Rams, surprisingly eliminating them from the playoffs. Russell fans were stunned on social media after the disappointment. Prior to the game, he posted “Ready” on Instagram and “Playoff time!” on Twitter. Previously, the 32-year-old won Super Bowl XLVIII in Feb. 2014 as part of the Seattle Seahawks. Ciara shared a second post after the lost of little Win, writing, “Always proud of you Da Da.”

Several of Ciara and Russell’s friends took to the comments to cheer him on, including Gabrielle Union! “Let’s Go!!!!” the Bring It On alum posted, while BFF Lala Anthony wrote, “Family.” Khloe Kardashian, 36, also showed some love on the sweet family pics! “Such a beautiful family!” the Good American co-founder added, leaving two heart emojis.

Despite the loss, Russell has plenty to look forward to at home with his three beautiful kids! Ciara and the quarterback welcomed Win just 5-months-ago in July and were over the moon as they celebrated his birth on social media. “Happy Birthday WIN!!! Mommy & Daddy Love You!” the “Oh” singer gushed on Twitter, including a video of herself wearing a face mask as she snuggled the-then newborn.