John Ritter’s Wife: Everything To Know About His Spouse, Amy Yasbeck 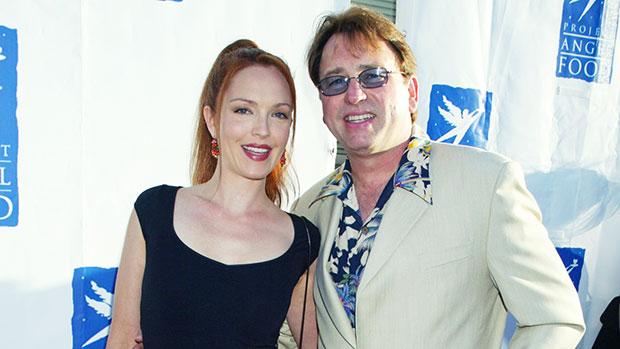 During his life, comedy icon John Ritter was married twice. His first wife was actress Nancy Morgan, 72, who he was married to from 1977 until their 1996 divorce. After splitting from Nancy, John started dating Wings actress Amy Yasbeck, 58, and the pair got married in 1999. Amy was his wife until his death in 2003. Here’s everything you need to know about Amy Yasbeck. 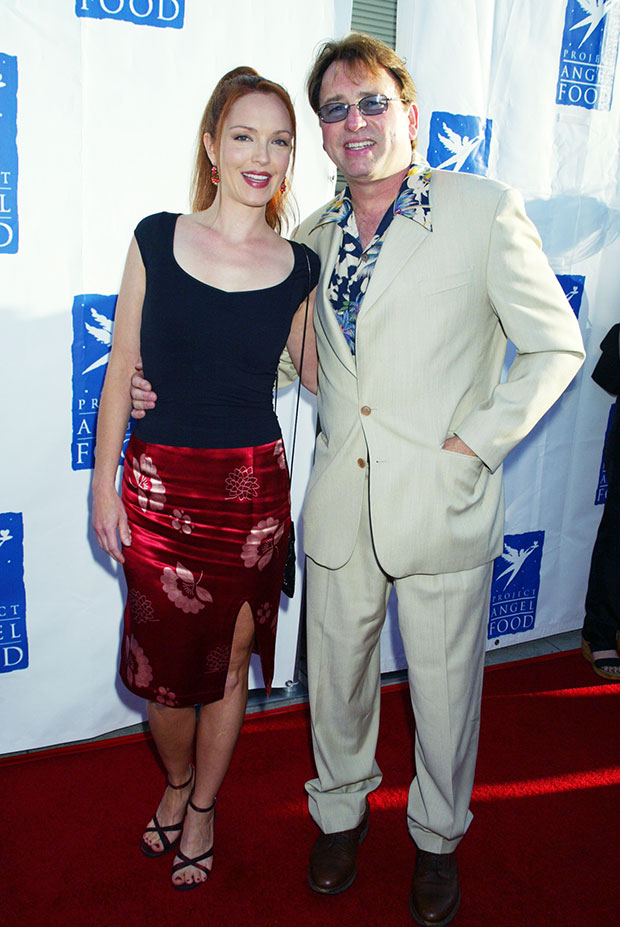 Amy and John were married from 1999 until John’s death in 2003. (Jim Smeal/BEI/Shutterstock)
Amy Is Also An Actress

Like her husband, Amy has been an actress for decades, and many of her best-known roles were in comedy films. Two of her most famous parts were in in Jim Carrey‘s The Mask (1994) and the Mel Brooks comedy Robin Hood: Men In Tights (1993). In fact, Amy and John first met while working on the 1990 flick Problem Child together! That wasn’t the only time the actors worked together. Besides appearing in both of the Problem Child movies together, John made a guest appearance on an episode of Amy’s show Wings, and the couple also appeared together on an episode of The Cosby Show.

Amy Married John In 1999 And They Had One Child

In 1998, two years after John and his first wife divorced, Amy gave birth to their first child. Born Stella Ritter, it was reported that the couple’s child was transitioning to a man and went by the name Noah Lee, a source close to the pair’s son told Radar Online in 2017. John and Amy got married a year after their child was born in 1999, and they were together until the actor died in 2003. 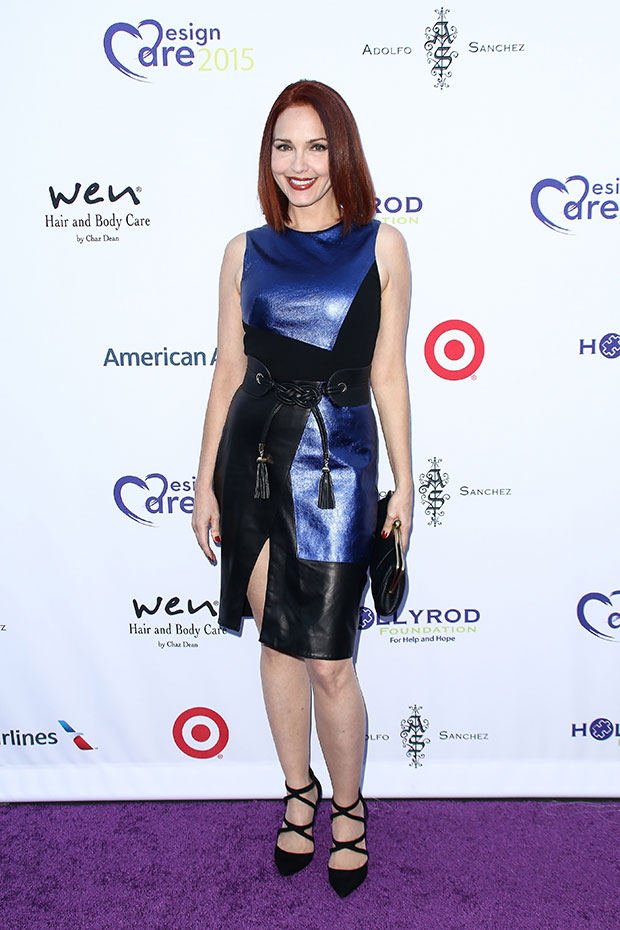 Amy made her TV debut in 1985. (John Salangsang/Invision/AP/Shutterstock)
Amy’s Lawsuit Against The Hospital Her Husband Died In

After John’s sudden death due to aortic dissection in 2003, Amy, along with the actor’s four children, filed a wrongful death lawsuit against Providence Saint Joseph Medical Center, where the Three’s Company star died in 2008, according to the Los Angeles Times. The lawsuit sought $67 million in damages from the suit. She’d received $14 million from some defendants. In March 2008, a jury ruled that the doctor who operated on the actor had been cleared of negligence and liability in the sitcom actor’s death, via The Times.

John’s death was incredibly unexpected, as he was filming his sitcom 8 Simple Rules. The show was three episodes into its second season when the actor passed. ABC executives were left with a difficult decision as to whether or not the series should continue after the star’s death. The network executives made the difficult decision early on to keep the show going after discussing with Amy and some of John co-stars, according to The Washington Post. “We don’t pretend to know exactly where this will take us; we will take episodes one at a time,” then-ABC Entertainment President Susan Lyne told The Post at the time. John’s character’s death was addressed in the fourth episode of the season, and the show continued with a third season. John was posthumously nominated for the “Outstanding Lead Actor in a Comedy Series” Emmy award in 2004 for his role on 8 Simple Rules. 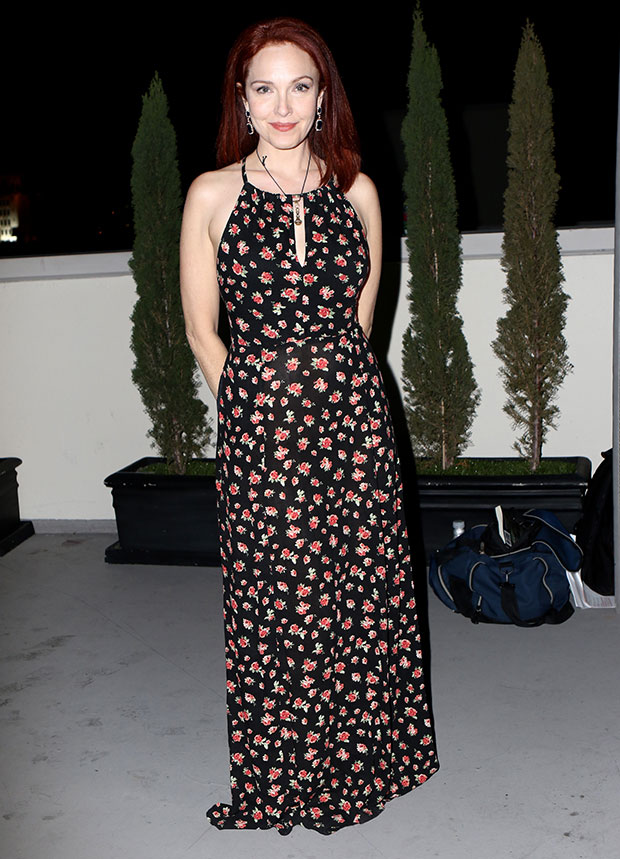 Amy has been in many comedies like ‘The Mask’ and ‘Robin Hood: Men In Tights.’ (Nancy Rivera/Ace Pictures/Shutterstock)
Amy’s Recent TV Roles

Amy has continued working throughout the 2000s and 2010s. She’s appeared on numerous TV shows, making guest appearances such as Pretty Little Liars, Workaholics, and That’s So Raven. She also starred in the short-lived sitcom Life on a Stick.

Following the sad passing of comedy legend Carl Reiner, fellow legend Betty White paid tribute to him, saying it was a ‘privilege’ to call him a friend.

“I loved Carl [Reiner] dearly,” Betty White, 98, said in a statement to HollywoodLife, following the news that Carl, 98, had passed away in his Beverly Hills home “[It was] a Privilege working with him…He was always fun to be with as he always had something funny in his head…..I am heartbroken.”

Though Carl and Betty played opposite each other on TV Land’s Hot In Cleveland, these two were close friends for decades. “I loved this girl since I first saw her on The Betty White Show,” Carl said to Entertainment Tonight in 2017, referencing either Betty’s 1954 talk show on NBC, or her radio show in 1949. Carl was instrumental, in a roundabout way, in Betty’s success. Her role as Sue Ann Nivens on The Mary Tyler Moore Show earned her a second and third Emmy award, and it was Carl’s sitcom, The Dick Van Dyke Show, that helped launch the career of Mary.

Even if Carl hadn’t created one of the most iconic shows of the Golden Age of Television, he and Betty would still be close friends. Betty was married Carl’s good friend, Allen Ludden, for 18 years. “I was under her husband’s command in the Pacific. Captain Allen Ludden was my captain,” Carl said at the time. “When he married this lovely lady, I said, ‘What a match!’ I consider her my captain-in-law.”

During their time on Hot In Cleveland, the two played lovers – a role Carl remembered fondly. “I actually kissed her on the mouth and enjoyed it.” “Not necessarily on camera,” Betty joked.

Carl died on Monday, June 29, while surrounded by his family. His assistant said that his death was due to natural causes. Following his passing, Carl’s Ocean’s Eleven costar George Clooney issued a statement, saying that Carl “made every room he walked into funnier, smarter, kinder. It all seemed so effortless. What an incredible gift he gave us all.”

Though younger fans will know Carl on the Ocean’s films, he will be remembered as a titan of television, and a comedy legend. From his work on Sid Caeser’s Show of Shows to his “2,000 Year Old Man” act with Mel Brooks to creating The Dick Van Dyke Show to directing Steve Martin’s comedy classic The Jerk, Carl’s influence on comedy cannot be understated. At the end of his life, he had won numerous honors, including nine Emmy Awards, a Grammy, and The Mark Twain Prize for American Humor.

[Verse 1]
There’s a place I like to go visit
It’s called the countryside, it’s so vivid
I took a trip to the country and it felt good
Give me a saddle, I will blaze it, Mel Brooks
The apple doesn’t fall far from the tree
Guess the hassle with the city has got to me
Rabble, rabble, gotta watch it constantly
Keep everything you own under lock and key
I’d like to see your wallet be just not footwear
I’m tight, I don’t wanna tie with my good gear
Breathe the good air, I’m coughing up soot here
Conversing with strange persons they put here
I’m going to the country where it’s rural
Where the snakes say ‘s’ and not plural
When there’s no signal to call your back
Where it’s beautiful, where it’s pure and all that
And all that, and all that

[Chorus]
But I can never be from the countryside
I can only go so I can’t decide if I really like it or not
‘Cause I’m a city boy, like it or not

[Verse 2]
Welcome to the great outdoors without pause
Take the highway, get a couple hours off, it’s quiet
Might take your troubles down a notch
Nobody here you scream out here, so mouth off
And we could hack all day ’til we found the loss
And look down on the town from the mountaintops
It would be raining and the clouds of fog could come in
We’d run around and the cows could watch
Locals in overalls, outfits and everything
Real in the field just been plowing and shepherding
Reap what you sow, overpower my enemies
Houses aren’t much, how’s the serenity?
Out here’s my territory, or I think so
We see the stars Ringo, let everything go
And when the speed of light seems to be slow
It’s when I hear my ringtone, ‘bzzzzz’
It goes ‘bzzzzz’, it goes ‘bzzzzz’, it goes ‘bzzzzz’

[Chorus]
But I can never be from the countryside
I can only go so I can’t decide if I really like it or not
‘Cause I’m a city boy, like it or not