‘The Bachelorette’: [SPOILER] Is Left In Tears After Being Eliminated By Michelle 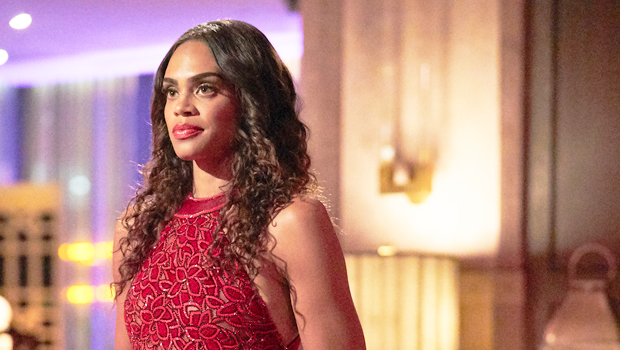 Michelle Young sent one guy home during a one-on-one date after realizing she wasn’t ready to meet his family on the Nov. 23 episode of ‘The Bachelorette.’

Clayton Echard finally got his one-on-one date with Michelle Young on the Nov. 23 episode of The Bachelorette, but it didn’t end the way he hoped. With hometown dates one week away, Michelle went into the date wanting more “one-on-one attention with Clayton to see if [she was] able to get where [she needed] to get in order to meet his family.” Meanwhile, Clayton began developing “stronger feelings” for Michelle on the date, and said that what he learned about her was “icing on the cake” to what he was already feeling. He even left the first portion of the date feeling like Michelle could be “the one.”

On the dinner portion of the date, Clayton made sure to show off his vulnerable side. “For me, tonight put into perspective that I want to settle down and have a family and all these things,” he told Michelle. “The last five years of my life, everything I did, I was trying to make sure people were impressed by and that I was good enough. I was chasing after things that I thought would bring me happiness. I’ve been single for so long, I forgot how much I wanted a future with somebody. Now I’m able to stop worrying and stop comparing myself to others and just be me.” 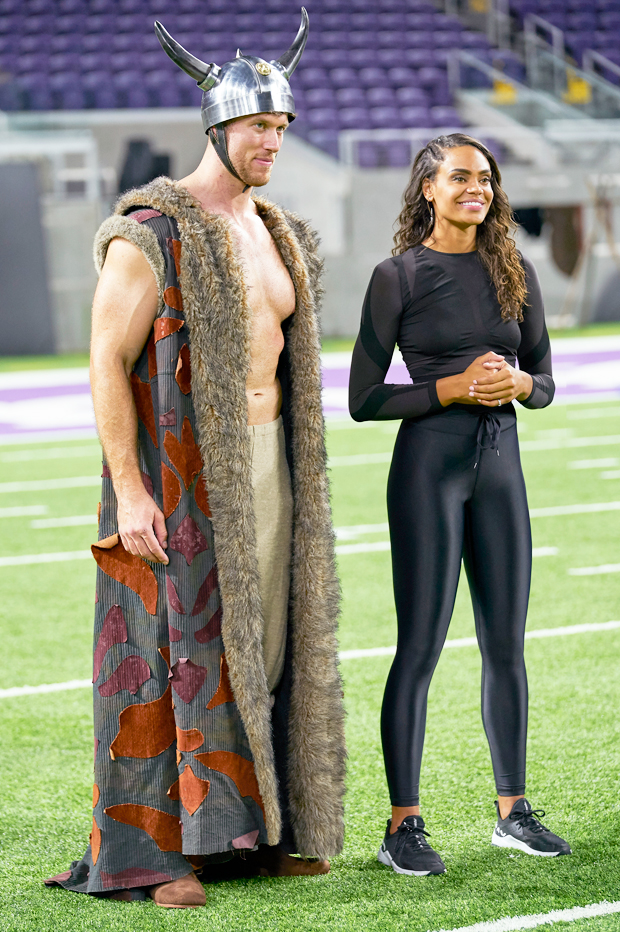 Michelle Young and Clayton Echard on ‘The Bachelorette.’ (ABC)

Unfortunately, Michelle wasn’t quite on the same page when it came to Clayton, specifically. “It’s been awesome to spend more time with Clayton,” she said in a confessional. “There are these romantic moments between us, but one of the hardest parts of this journey is the fact that there are eight wonderful men here, so even though Clayton is this really great guy, I have to make difficult decisions.”

In a second ITM, she added, “There are so many qualities Clayton has that I’m looking for in my life partner, but I’m also started to get the feeling that something’s missing for me. There’s a rose on the table. By handing out that rose, that also means I’m ready to meet his family, and I’m not sure if I’m at that point.”

Michelle decided not to give Clayton the rose, and she followed her heart by eliminating him. “Today I feel like I really started to get to know you,” she explained. “You’ve continued to show me how much you want to be the best for your future family. You completely checked every single box of all the qualities that I’m looking for in somebody. But I know that giving out this rose means I’m ready to meet your family and I don’t feel that I’m able to get there with you in time. This is incredibly difficult for me because not being able to give you this rose doesn’t mean that you’re not enough.” 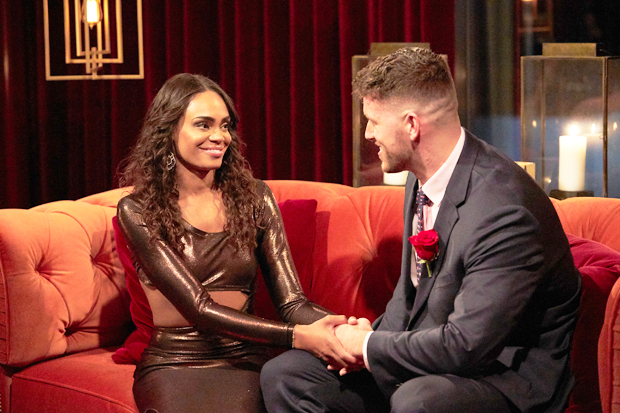 Michelle Young chatting with Clayton Echard on ‘The Bachelorette.’ (ABC)

Clayton took the news well, assuring Michelle that he was “thankful” for the opportunity and getting the chance to meet her. Michelle also insisted that Clayton isn’t necessarily missing the piece that she was looking for, but she just didn’t have the connection with him that she needed. “You’re an amazing wonderful person and you are enough,” she told him. “Without a doubt, there is going to be the right time and place for that relationship. I truly do feel that.”

The next day, though, Clayton was surprised with letters from some of Michelle’s students, who he had met the previous day. The nice things that the kids said in the letters brought Clayton to tears as he came to realize just how badly he wants kids and to begin the next chapter of his life. “I’ll do whatever it takes to get that,” he said, through tears.